SHADOE ART - DEBUTS EXCLUSIVELY IN FLORIDA
A major exhibition of Shadoe Stevens' Art was a great success in December 2019 and January 2020 at
Stakenborg - Greenberg Fine Art Gallery in Sarasota.

The gallery, a treasure trove of art for the fine art collector, features some of the greatest artists in history and today,
including: Salvador Dali, Rembrandt, Picasso, Larry Rivers, Ronin, and now, Shadoe Stevens.
​The gallery is at 1545 Main Street in Sarasota.
​Click here for more:  stakenborg-greenberg.com 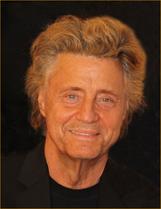 An Artist since the age of 7, an Art Major at the University of North Dakota and the University of Arizona, and a student at the Art Center School of Design in Los Angeles, Shadoe has been creating art throughout his career.  He is an artist, writer, producer, actor, motivational speaker, announcer, and award winning radio personality and says it's due to an overactive adrenal gland, and chemical imbalance.

Among other things, he's been the host of the most successful and widely syndicated radio show in the world, American Top 40 - broadcast in 120 countries to an estimated 1 billion listeners a week - and became one of the most recognized voices in the world. See his radio career at www.shadoeradio.com.

He is currently the voice of the Antenna TV Network. He was the voice of “The Late Late Show with Craig Ferguson” on CBS, and countless commercials for major corporations, and television and radio promos and trailers for networks, shows, and new media companies.

As an actor, he starred in movies and numerous television shows like Baywatch, The Larry Sanders Show, and Beverly Hills 90210; was the star of two network series for CBS: four years on the Top 20 series "Dave's World,"
​"Max Monroe: Loose Cannon,” two different versions of“Hollywood Squares,” and the movie "TRAXX."

He created, wrote and produced the "comedy experiment" on HBO/Cinemax "Shadoevision." It was described by Spin Magazine: "It's Monty Python's Flying Circus and the Hitchiker's Guild to the Galaxy, crashing into a wall at 200 miles an hour."

He created and produces the hilarious, "Blackout Television," Improv- Comedy-Television-Theater with an All-Black Cast coming soon to television: (get the free iPhone & Android apps in the APP Stores by searching “blackout television.”

He has written and produced more the 200 music Jingles for radio shows and commercials.

Create, wrote, designed branding, programming and marketing for “MentalRadio” on SiriusXM - talk radio and radio theater about the Power of the Mind, Science, Mystics, Aliens, and Humor.

Founder, Chairman, and President of  RhythmRadio, “The Sound of the World in a Good Mood,”  that had programming on the radio in 30 countries and programming online in seven languages. See the site as it looked in 2002, click: RhythmRadio.

He’s won Cleo Awards, the Big Apple Award for advertising,  and the Billboard Magazine Radio Personality of the Year Award.

He is a multi-media artist showing and represented by the top gallery on the West Coast, Galerie Michael in Beverly Hills, and he has written five children’s books with five star reviews including"The Big Galoot" with quotes from Whoopi Goldberg, Henry Winkler, Gene Simmons and the late Dick Clark.